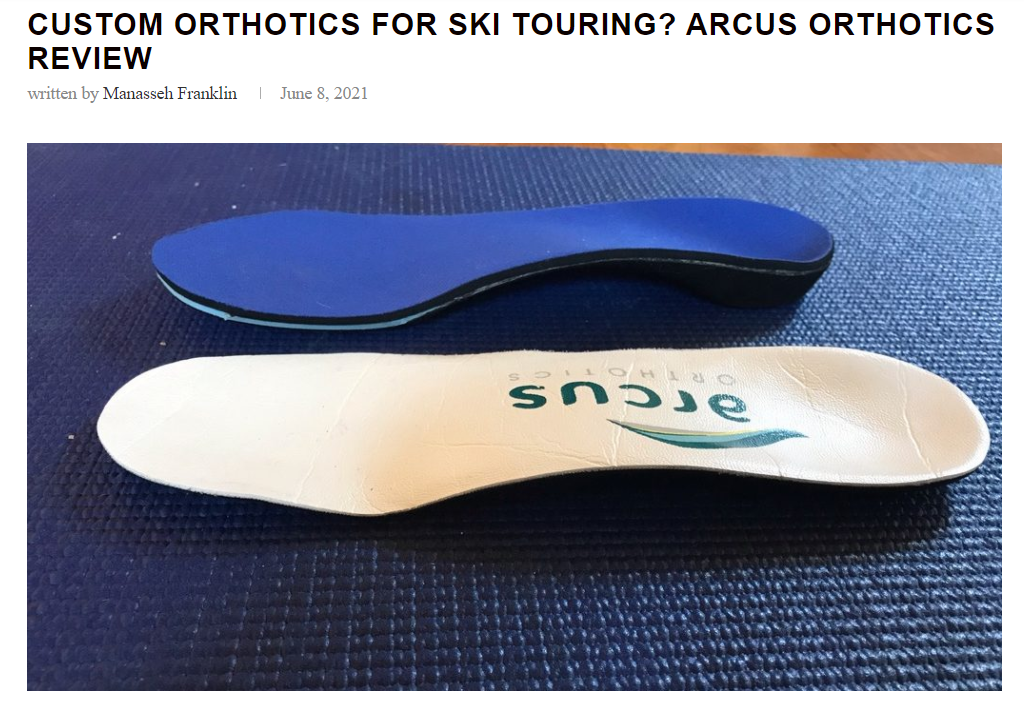 A friend who was a regular marathon runner once told me to get custom orthotics. I had some knee issues at the time, old injuries that would flair up if I started a consistent running routine, which the friend suggested that orthotics would help. But I was also 23 years old and broke at the time, so I opted for a cheaper over-the-counter insole instead.

This past year, as I’ve dug deeper into long ski touring and mountaineering efforts (and noticed lingering aches and pains I’ll blame on aging…), my curiosity about custom orthotics was piqued again. Not to mention, the more ski boots I test, the more mangled my feet seem to become.

I caught wind of Arcus Custom Orthotics, who make mail-order orthotics, handmade in the U.S. They don’t require a doctors visit, which helps to cut the price but still offers a fully custom fit. So, this season I finally took the plunge and ordered a set. Here are my thoughts after a season spent ski touring with orthotics.

Check out our Gear Review on WildSnow!

Orthotics That Actually Fit Your Feet

Arcus Orthotics are custom-molded to improve the function of your foot.

Hello, what can I help you with?

Arcus Orthotics
Please leave your message and contact details below and one of our Orthotic specialists will get back to you ASAP.